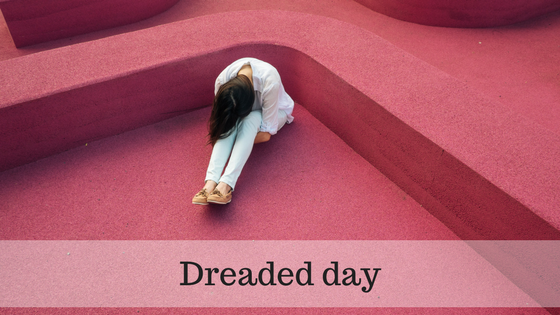 We had booked the IELTS exam date to pressurize ourselves. We had started preparing much earlier, but it was leisurely preparation. We would practice one or two tests from the internet or YouTube we didn’t even know the legitimacy of and then forget about it all for a month or so. This went on for 2-3 months until a friend suggested us to book the exam. It sounded scary but we still went ahead and did it.

Anyway, the earliest exam dates available in Mumbai were 3 months away. The inconsistency of our preparations continued until the last month. We had gained momentum in the preparation just one month before the exam and before we knew the exam was over.

Both me and hubby dear spent a good amount of time studying together and it turned out to be one of the best activity we had done together in recent times apart from our short trips. If we thought the exam had approached real fast the 15 days after that went by dead slow. We were both eager and anxious at the same time.

Finally, the day arrived. The result was going to be live sharp at 12 p.m. Needless to say, it was difficult to concentrate on any work. Finally, the result was out and we had scored well, but…..I had scored 6.5 in Speaking, 7 in Writing, 8 in Reading and 8.5 in Listening.

It brought our score for the Express Entry profile to a mere 366. The minimus score selected in any draw till date was 457. We were 91 points short of the minimum possible score for a thin chance of making it through. Our hearts sank. As a primary applicant, I had a chance of improving that score by at least 50 points. Only if I had achieved a score of 7 in Speaking (instead of 6.5) we would have got those 50 bonus points.

I resigned to the situation and mentally prepared myself to appear for the test again. Hubby dear volunteered to apply with me for score improvement. After all, with his IELTS  band improvement, we could get some extra points for the application and we were desperate to gain every single point we could. The goal had been pushed away by a few months. We braced ourselves for another 3 months of study.