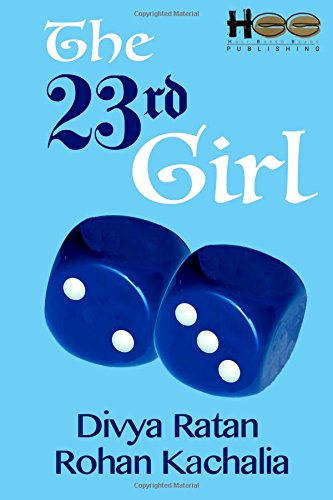 This post is written as part of the 6th anniversary celebration of my blog.

Initially, I had a bit of difficulty connecting with the character so obsessed with a number. But as I progressed through the book, the character Rashv grew on me. We all have our whims and fancies and sometimes never realise how far it can take us.

Funnily, the character kept reminding me of a friend from college who used to fall head over heel every girl he came across. What I loved the most about the book was at no point the authors tried to justify or refute his theory about the lucky no. The build-up to the climax was really good, making it hard to predict what route he would take.

I liked the vivid description of his transformation throughout the story.

Although I wish the last chapter had more friction after so much tension building up, it was too smooth.

The book is the first co-authored novel of Rohan Kachalia & Divya Ratan.

An avid reader, Rohan developed love for writing when he started blogging 5 years ago. Since then he has penned many fictional stories and poems, some of which have been published in various anthologies.

Divya is an active blogger with the Half Baked Beans’ blog – Half Baked Voices. She believes that every person is a live story and that everyone we meet and every experience we have forms a part of that story.