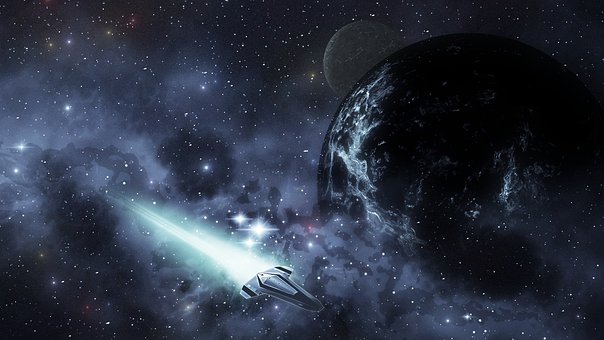 This guest post is written by Anagha Joshi as part of the 6th anniversary celebration of my blog.

“Check out the propellant meter. The deuterium levels are dropping”

“Who is the pilot of this mission?”

“But I am the chief of the mission.”

“You are interfering my operations and turning bossy. I must report”

Mustering courage, once again he communicated, “How can you log that thought in the grievance system”.
Without wasting more time on the squabble, she pointed to the navigator and continued gazing at the screen.

The “Terra Firma” landing spot that was programmed into the mission, was close by. It’s been a year and half that they both have started on the mission from Centaury b to reach out to the blue green planet from the neighbouring Sun system. As per the deep space missions from Centaury-b, it was revealed that a “Centaury” like planet existed in the vicinity, say approximately 4.2 light years from their major* “Proxima Centaury”

The life on Centaury b was getting difficult day by day. Sustaining Sheroes and Heroes with the limited resources left on Centaury b was a burning question. It was the matter of survival or extinction for their race. The red hot Proxima Centaury, their main source of energy, their major, as bellowing Xrays that were detrimental to their existence.

The “Terra Firma” spot appeared greener than they had imagined. Their deep space mission had revealed browner spot indicating firmer soil. Now, left with no choice, Shero landed the capsule with much great difficulty and much to the disappointment of Hero. “She needs more training”, logged Hero into the feedback system. “You have to travel back with me, I assume”, Shero retorted.

Once out of the capsule, Shero was lost and mesmerized by the beauty of the location. Hero, however, was quick to get back to the task. “Need to march ahead. No sightseeing here. Check your panel for the way to reach out to life like activity”, Hero summoned.

She then checked the panels after adjusting the antennas of her suit and pointed north. They pushed the air propeller buttons on the suit and here they were near a busy street, in a jiffy. Both were surprised to see the familiar sight. Chock a block road and honking! “Are we back at Centaury”, Hero was puzzled. So was Shero. “So much Shero and Hero like”, they both noted at the same time.

Shero and Hero were puzzled with lots of layering on their bodies by the living being. Shero and Hero wore only one suit since their birth, that is their birthday suit! “Let’s get into the invisible mode”, arriving at the conclusion, Hero informed. Shero was lost in awe of the colours and types of the clothes Shero folks on this blue green planet wore. She secretly wished to have their designs copied in her system, so that she could get some out of the world fashion look back there at Centaury b!

“Hero is just so, plain and boring. His program doesn’t have the logic of deciphering dressing sense. His creator’s problem, what else”, Shero mused. “I can hear your musing”, said Hero scornfully.

Now in the invisible mode, they started roaming the place freely. Hero decided to hold Shero by her wrist, as she drifted away far too many times towards too many glitzy things! One place caught their attention…

Many living being were waiting in groups outside the entrance of the brightly lit place. There was a lot of commotion inside. Uniformly dressed figures were moving about the tables and serving something or the other. “Must be an eat out”, Shero guessed. Hero was busy capturing the image of the place and getting it translated to their language. It indeed was an eatery. “She is clever”, Hero reported. “Thanks for the compliments and for acknowledging the truth, Hero”, Shero chuckled!

There was something very puzzling though. They saw many eateries, and all had the same look. Many inside and far more outside. Finally they arrived at the conclusion…

They were now at the busy cross roads. Five minutes down the line, they both had a hearty laugh. One more observation was clocked in.

“Living being waste their energies in talking. They talk either in person or on communicating devices, all the time.”

It was dusk by now. They kept on gliding, oblivious to the passers-by, thanks to their invisible attire. “Their major seems to be setting. But then the life is not setting at all. The activities of the living being continues in broad day light of the major and in absence of it too. Very enterprising clan”, logged Hero into the system.

“The blue green planet is all full of smells. Most of them awful”, noted Shero as she was getting tired of gliding.

As she sat on the bench on the foot path, she logged few more observation…

“More wheels on the ground than the feet. Excessive dependence on the vehicles”

Hero wore a frustrated look when Shero took longer than expected time to get up and start the exploration. Their energies and time had to be saved for journey back too! Hero then noted one more important finding.

“Every living being seems to be in hurry, always heading in some or the other direction. Dont they enjoy the life till it exists? need further explorations on this count”

Running out of the energies, they copied the layering of living beings and came out of the invisible mode. The day had begun. Daily newspapers were getting distributed across the concrete forests.

Browsing through the pages, Hero encountered the Calvin and Hobbes comic strip. He could not stop laughing at it. “Living being on blue green earth are really funny”, he cited in his log system. Turning over to share his find with Shero, he found her lost in the paper too.

Shero was lost in going through innumerable designs of jewellery and clothes as displayed in the advertisements. “Living being are very creative”, she had registered another finding. 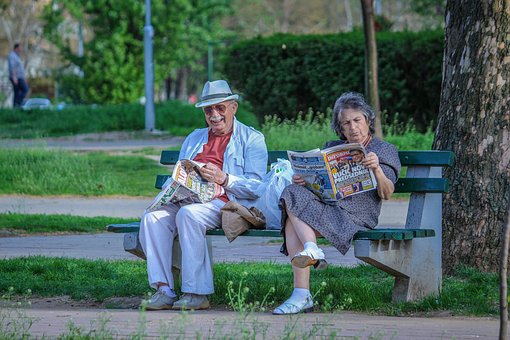 If you happen to notice them, somewhere on your morning walk, please remind them to go back to Centaury b. Their clan is still waiting for their return!

Anagha is a mother growing with kids and a nomad wandering with husband. An engineer and a management graduate by training. Ex IT professional. Voracious reader. Die hard optimist. Recently discovered that she loves to write. Started blogging a year and a half with 7 other friends at “MocktailMommies Me Time“. Now has another baby in fold, her own blog, “Canvas With Rainbow“. Happy to be busy in thoughts!