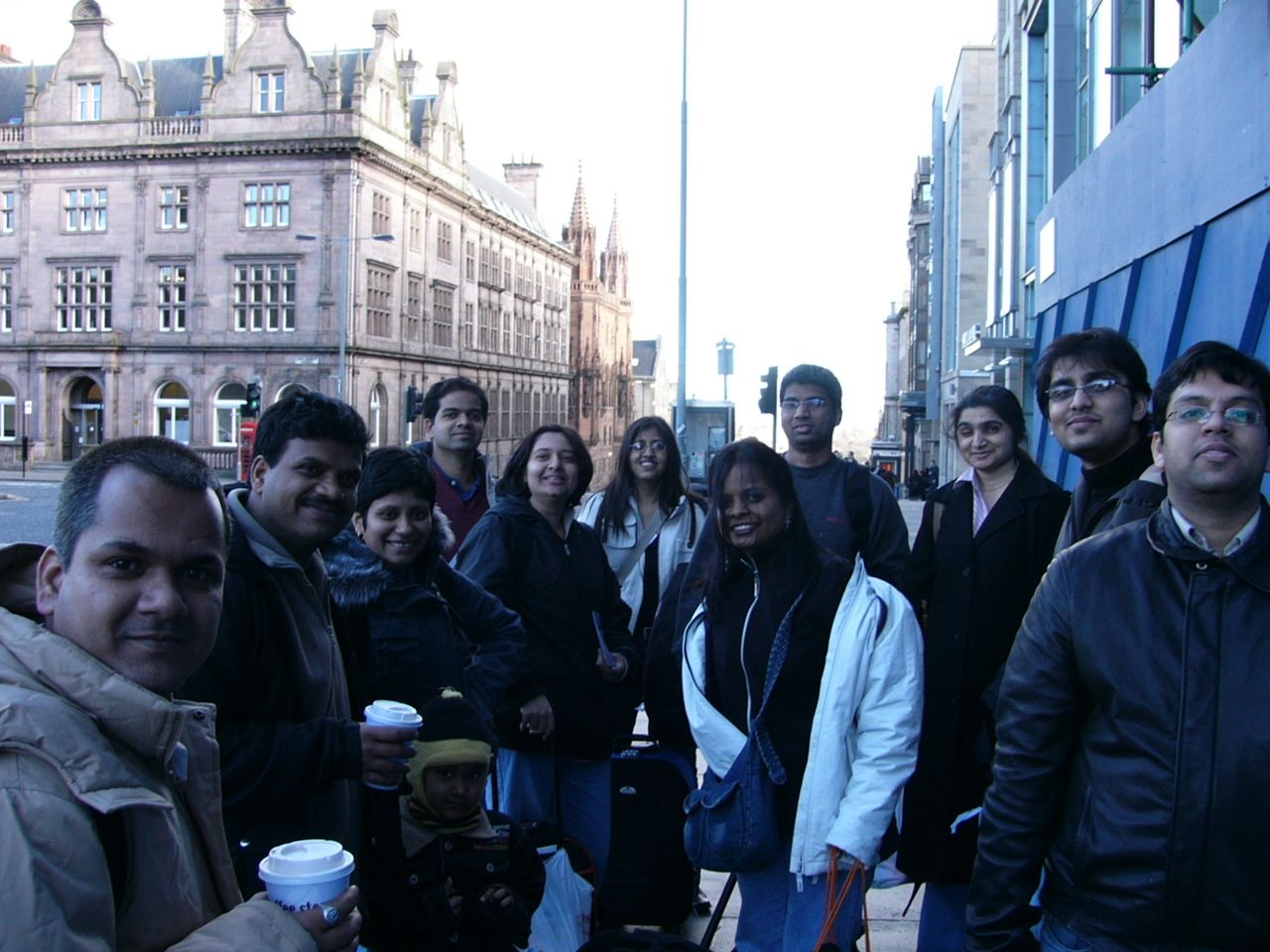 This post is written as part of the 6th anniversary celebration of my blog.

Life is an open road when you are travelling. You don’t know what gems it will bring to you and what kind of people you will bump into.

I have many travel stories ranging from Fairytale to outright crazy. But when I sit down to take a stock of what have I earned through numerous journeys over many years, the answer is simple – friends.

When I travelled outside India for the first time on an official assignment, I had no idea where life would take me. A new country with no friends and only a cousin.

But life offered me much more than I could imagine in my wildest dreams.

I had landed in the UK in January when the weather was terrible. As March ended, the weather got better. The travel bug inside me wasn’t letting me sit quietly and so I decided to visit Scotland! It was a bit adventurous of me as I knew nothing about the travel options nor did I have anybody to travel with me.

I had joined a group of Marathi people living in the UK called MitraUK and had made some good friends over the emails and phone. As I mentioned my wish to visit Scotland to a couple of them, they started making suggestions and giving tips to plan and make bookings. One of them also suggested that I post a message on the group inviting other members of the group to join in.

At first, I felt hesitant to call in complete strangers to join me. But the idea grew on me as I didn’t have any friends to travel with anyway.

So I posted a message with my dates and destination on the group. To my utter surprise, almost 15-16 people responded to it. Ultimately I made bookings for 13 people, all of them single barring one couple with a 5-year-old son. I was met most of them for the first time at the bus station to catch the bus to Edinburgh from London. I knew only one girl in the group – Vaishali.

Till then I had travelled with boys only on day trips and that too with the friends I already knew from college or work. Planning a 4 days trip with mixed crowd seemed challenging to me. But thanks to all the tips I got from Vaishali and many other friends in that group (who had already been to Scotland and weren’t joining me), I had all the bookings ready when we boarded the bus. It was the first self-planned trip of my life.

As we progressed in the journey, we all mingled effortlessly. Even the couple with us never made us feel out of place and were enjoying as if both of them were single too. Their son was a breeze as we hardly felt there was a child with us. He was as travel proof as any of us.

We had a blast over 4 days! We troubled the guide of our tourist bus with noisiest possible comments (yes, I can be nasty sometimes), laughed like crazy for 12 hours a day making silly comments about anything and everything, lived in a hostel dorm spending unusually high time together, pulled each other’s legs, sang and danced to our heart’s content and completely forgot that we were strangers till only a few hours ago.

The most memorable part of our trip was when we ran into a handsome guy from Israel, travelling in the same bus on a one day trip to Highland. We started teasing one friend as she developed a crush on him from the moment she set her eyes upon him.

We didn’t bother about our volume while teasing her as we were making all the comments in our mother tongue – Marathi.

Halfway through our journey, we requested the same guy to take our group photo and he replied in impeccable Marathi. He chuckled at our ashen faces. He later explained that he was a student of IIT Mumbai and was staying in Mumbai for over 3 years.

We returned with innumerable fond memories in our heart. Although it’s been 11 years, I am still in touch with many of them. Each one of us is in a different city and most in different countries too. Yet one mention of that trip brings an equally broad grin on each of our faces.